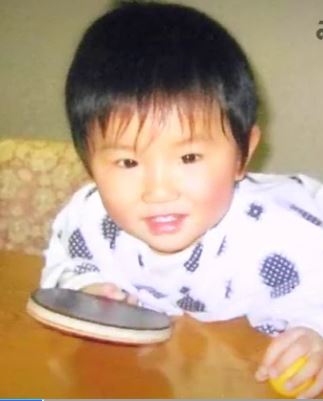 Profile of Tomokazu Harimoto. Introduction of major records so far

In Sendai City, born and raised

In Japan , a new school year starts in April

As a first grader, won the second grade or lower grade tournament

And all matches 3-0 straight victory.

Even in the final

As he won the first grade of elementary school, he won the next year as well.

Even in the final game

Doubles out of the second round

(The first round wins the junior high school student pair)

Also in the fourth round (out of the best 32)

Conversely, He have won three.

In the fourth round, He was eliminated by Matsuyama, a member of prestigious AIT.

Matsuyama was second in the tournament.

It was a victory.

If the grade is higher than one, He will not be the other party.

All Nippon Championship Cadet (less than 14 YO)

Doubles out of the 4th round

In the fourth round, he was eliminated (best 32)

It was the same result as the previous year.

Eliminated in the first round

The other player is Matsuyama, a member of the Aichi University of Technology, who lost out in the Cadet last year

However, it came to take 1 set.

I think that I do not have to write,

It was a victory.

All Nippon Championship Cadet (less than 14YO)

Doubles out of the third round

With the 5th round of elimination (best in 16)

He went one more than the previous year.

The opponent was a small 6 grade  Togami player.

All Nippon Championships in January in 4th grade

Eliminated in the third round

You know even if I don’t write.

Only 2 sets were taken to fight 8 games.

It is 3-0 after the quarterfinals.

He  win in the next above grade with no problem.

There was a tournament, and it was the best 4 in singles.

Last year was the best 16, but

Even in the category up to 2 grade , Harimoto had  won

There is no enemy.

Eliminated in the quarterfinals

I have been on this post several times so far,

So far He have lost to Matsuyama Yuki,

This time it is 3-2 victory over Matsuyama in the fifth round.

In the quarterfinals, He was eliminated by Oikawa,

He went to the best 8

Eliminated in the first round

He lost to college students,

It would be amazing just to compete in the All-Japan Championships at 5th grade of elementary school.

In the third round, he defeated Jin-Takuya 3-0, who had been runner-up in the All Japan Championship last month.

In the quarterfinals, the world ranking 43rd at the time

He was also a runner-up to defeat Assar.

He is  a sixth grader. It is only the person of the same grade.

Which is the result?

Was it a difficult question? ?

The answer will be written somewhere in this year.

Polish Cadet Open in May

(International Convention) (14 years and under)

There was a tournament, and it was runner-up in singles.

He won the East Asia Hopes Championship in August.

At the convention that determines East Asian kings of primary school children,

He won a wonderful victory.

And won the singles.

(Harimoto ranked 301st in the world ranking at that time)

And in October at the Polish Open,

In the general section, the world ranking 1st at that time

By the way, the singles Malong in the Rio Olympics the following year

Malong was a gold medal.

However, in the 6th grade of elementary school up to the place where you hit with Malong

The place to go ahead is great.

Even in the category up to 1 above grade

Naturally, it was a victory at 6th grade .

He only lost one set in seven games.

At the national convention of 6th grade or lower

All Japan Championship in January of 6th grade

It is the best 4 in high school 2nd grade or less.

It was a loss to Ogata players.

All Japan Championship in January of 6th grade

When He participated in the last year, He lost a battle, but

In this tournament, win twice,

He went to the end of the fourth round until He lost to Koki Niwa.

It is one of the highest international competitions.

He won the U21 section in this tournament.

It was the youngest victory ever.

In this tournament, he beat Sanbe players in the finals.

It is an inter high champion.

(At the time of the game, I was a freshman in university.)

He win  against the previous year’s inter high champion.

At the 16th stage, Kizukuri Yuto players are also beating.

Among high school students, Kizukuri is a godlike player.

In high school competitions, Kizukuri is a strong player like God,

He is  an absolute champion at a high school tournament. )

The All Japan junior-high school tabletennis championship in August,

In the semi-final, there was a pinch that Togami Shunsuke (3rd grade of junior high school) could hold the match point against the Harimoto,

Now, as a category that his age participates in,

He was champion from 1st grade to seven consecutive years championship.

This tournament was defeated by the Chinese Niu Guankai  in the singles finals and it was the second place victory.

Because Harimoto won 3-1 in a group match of the same tournament,

I feel sorry, but still Chinese players is strong .

The Niu  player is 1 year old,

Even if Harimoto can be winner  at U21 category .

As there are no 3rd grade  inside, it is more easy victory,

Because it is won in the tournament including the middle three in August ( All Japan junior-high schhol  national convention). . .

In November there is no reason to lose to  opponents.

He  made the public a noise, and it was the first time to spread the name of Harumoto

It is this tournament.

It is a tournament to determine the world’s No. 1 table tennis players under 18 years old .

It is the youngest champion ever.

(Juniors in domestic competitions are under 2nd grade of high school)

All the people think he will be Winner in this year at 7th grade.

He was defeated by Miyamoto in the quarterfinals.

This was a really shocking event.

In world rankings of U18

Because he  is the first place, it was the top of the winning candidate.

In the past two years inter high champion

In addition, he have won the world’s junior generation tournaments.

It was planned to make the record for the youngest ever record with the desire of the winning candidate.

But in the wake of this defeat

Then he made his  mind strong and practice well,

It is actually stronger.

By the way, at this tournament

After all, a strong KIZUKURI player like God won the victory.

I was looking forward to watching the finals against  Kizukuriplayers

There was also the All Japan Championships

He think he was aiming for

He lost to Hirano’s  player spirit and tactics.

This is also the best 64 in all Japan regrettable.

Mizutani won the tournament, but

Advance to the finals, ranked 5th in the world rankings

He fought with Dimitrij Ovtcharov ,

He did not win the youngest world tour ever.

Only selected top players will compete,

He won the All Japan Championship runner-up Kazuhiro Yoshimura .

He showed my ability.

He will win in May all Japan’s runner-up in . .

And it remains in the best 8 with its momentum.

XU was indeed a matchmaker.

But  he  beat the world ranking sixth place Mizutani

The Top 8 is a great result.

He  was the best 4 to lose to Germany’s Timo boll.

Advance to the finals.

He is the youngest winner ever for World tour

(By the way, in the win, the Japanese team  Rio Japan representative Masaharu Yoshimura

He  have defeated all three representative players of Rio olympic games  . . .

I think there are no opponents who can not win in Japanese anymore.

Other than China’s top three

I don’t think anyone can  always win for him .

It won’t surprise you so much.

In the Swedish Open in November, Chinese Olympic team Xu Xin defeated him  to a 3-4 full set (final set is also 9-11)

In the December World Tour Grand Finals, they also lost 3-4 full sets to Dimitrij Ovtcharov, who will be No. 1 in the world ranking next January.

And so on, He is almost in line with the top players in the world.

And all Japan championship of January of junior high school 2nd  ,

He was defeated while being said that he must be   the championship last year,

One year after that. He was told a word.

All Japan Championships in January, 2018 in

Aiming for the 10th victory in the 12th consecutive final

Mizutani was beaten 4-2 (match is overwhelming).

“The strength of today’s Harimoto is not particularly good,

Although it is a 5 game match,

In the preliminaries, he defeated Fan Zhendong , who is ranked first in the world ranking .

He took a series of  three games first and got stiff,

He won a wonderful victory over a close battle.

You can win when there is a lot of cheers in Japan at home. It is strong that

It is very good material for aiming at the gold medal of Tokyo Olympics.

Only top rankings of the annual tour can participate,

Therefore, he defeated the star player responsible for the next generation in China and the future Olympic national team candidate Lin Gaoyuan , and became the youngest Grand Final Winner ever .

Finally, the ranking was the 3rd for the first time.

The world ranking 3rd at the age of 15 years.